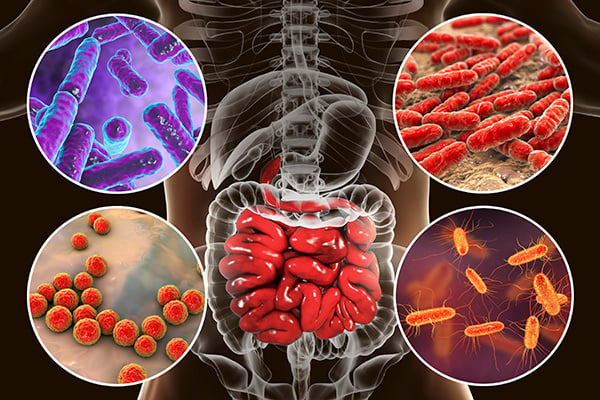 At IFT19, attendees took a deep dive into the gut microbiome and its relationship to diet and health. This month, we will be diving into this topic with a four-part blog series, beginning with an understanding of this relationship.

The human gut is home to more than 100 trillion microorganisms, including bacteria, parasites, viruses, and fungi. This vast ecosystem, known as the gut microbiome, is primarily composed of bacteria and contains the largest concentration of microbes in the human body. While every person’s microbiome is unique, it is estimated that an individual has anywhere from 500 to 1,000 different species of bacteria in their gut.

In addition to its role in digestion, the gut microbiome could play a role in immune health, metabolism, weight, sleep, and much more. Therefore, maintaining a healthy gut is critically important, and diversity of the gut microbiome is key. Having a wider array of microbes in the gut creates a healthier and more resilient environment, whereas symptoms of an unhealthy gut tend to present themselves when a lack of diversity exists. While genetics are a factor, research shows that diet has substantially more of an impact on the gut microbiome.

What We Eat Matters

Most nutrients are absorbed in the small intestine, including fats, carbohydrates, and proteins. However, nutrients that are partially digested or undigested, such as resistant starches, fiber, and some protein, can make their way to the colon. Most of the microbiome resides in the colon, so nutrients that reach the colon become a food source for the bacteria. Nondigestible carbohydrates, including poorly digested fiber, and protein are fermented in the colon, yielding gases such as methane and carbon dioxide, and short-chain fatty acids such as butyrate, acetate, and propionate.

Short-chain fatty acids can be used as an energy source. They also influence intestinal barrier function, which in turn reduces leaky gut and could prevent systemic inflammation and neuroinflammation. They have also been associated with a decreased risk of some autoimmune diseases, including inflammatory bowel disease, inflammatory arthritis, and multiple sclerosis.

Again, the key to all of this is diversity and balance. For example, some bacteria in the gut fights inflammation, while others promote it. When the bacteria are at harmonious levels, the gut is in a healthy state. But when the symbiotic relationship is off balance, the bad bacteria can take over, producing metabolites that pass through the lining of the gut and into the bloodstream, spreading inflammation to other parts of the body.

An Avenue to Personalized Nutrition

Studies have suggested that people can be grouped into two or three different classifications based on the presence of certain bacteria. The first type is characterized by high levels of Bacteroides, whereas in the second type, Prevotella are more common. In addition, some studies have identified a third variable type. As more studies are conducted, scientists will be looking to fill in the gaps between these classifications, constructing a spectrum of microbial states that people fit into. These insights will enable more focused classifications based on functional profiles, which in turn opens the door for more personalized nutrition based on a person’s microbiome.

The second blog in the series will discuss the role of probiotics and non-digestible carbohydrates on the gut microbiome. Watch the blog next week to learn more.