The Role of Probiotics in Metabolic Health 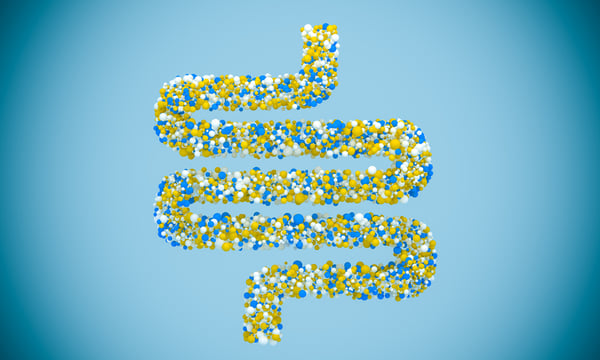 As we continue to explore the connection between the gut microbiome, diet and health, our second post in the series will examine the role of probiotics in metabolic health.

With each passing year, the obesity epidemic worsens in the United States and around the world. The latest estimates indicate 93.3 million adults and 13.7 million children and adolescents in the U.S. are obese. Obesity affects every segment of the U.S. population, and is tied to heart disease, stroke, type 2 diabetes and certain types of cancer, which are some of the leading causes of diet-related, preventable, premature death.1,2

Obesity rates continue to increase at alarming rates on a global scale as well. According to the World Health Organization, worldwide obesity has nearly tripled since 1975. In 2016, more than 1.9 billion adults, 18 years and older, were overweight. Of these, more than 650 million were obese. Additionally, more than 340 million children and adolescents aged 5-19 years of age were overweight or obese in 2016.3

Good Bacteria in the Fight Against Obesity

There are more than more than 100 trillion microorganisms, including bacteria, parasites, viruses, and fungi, in the human gut, exhibiting a symbiotic relationship with the host.4 Known as the gut microbiome, this vast ecosystem is primarily composed of bacteria. The presence of commensal bacteria in the gut is shown to be involved in energy balance, intestinal integrity, and immunity against invading pathogens, thereby controlling the health status of the host.4,5

A healthy, resilient gut microbiome relies on richness and diversity of the bacteria present.  Fermentation of food by the gut microbiome produces short chain fatty acids, including acetate, propionate, and butyrate. Short chain fatty acids influence energy harvest, fat accumulation, and appetite, and as such, may regulate a person’s metabolism. They also play an important role in maintaining a healthy intestinal lining, thereby modulating host responses, such as inflammation and immune response to fight against intestinal diseases.4,5

When the diversity and balance in the microbiome is out of sync, problems can arise. Leaky gut, for example, occurs when the layer of mucus coating the intestinal lining becomes weak, allowing harmful toxins and microbes to penetrate the lining and cause inflammation. Research suggests that leaky gut causes an increase in bacterial lipopolysaccharide after consuming a meal, which could trigger body weight gain and obesity.4,5

The microbiome and weight gain

Short chain fatty acids influence the regulation of hormones, such as ghrelin, leptin, and insulin, which are important in increasing satiety and regulating body weight and energy homeostasis.4,5  Decreasing amounts of short chain fatty acids, or microbial dysfunction, may potentially disrupt the gut-brain signal due to hormonal imbalance, leading the brain to believe that the body needs more food. This can lead to overeating, increased caloric intake, weight gain, and ultimately obesity. On the other hand, it is proposed that increased production of short chain fatty acids by the gut microbiota can be a source of additional calories for the host leading to weight gain.4 More research is needed to fully understand the role of the gut microbiome in obesity.

Probiotics to the Rescue?

People are increasingly turning to probiotics as a way to create a healthier balance of gut bacteria.  Found in foods (such as yogurt, kefir, and kombucha) and dietary supplements, probiotics are live bacteria and yeasts that support the body in building and maintaining a healthy colony of bacteria and other microorganisms, which supports the gut and aids digestion.

Researchers are increasingly studying probiotics to determine whether they might help prevent or treat a variety of health problems. There is evidence that certain strains could be beneficial in improving body composition in healthy individuals and individuals who are overweight or obese; insulin sensitivity; and lipid profile in individuals who are overweight or obese. However, the mechanism of action is not known. It is likely that probiotic strains from different genera would have different mechanisms of action.4,5 The effect of gut microbiota may depend on many factors, including the strain(s) used, number of bacteria, dose, and viability.4,5

Research on probiotics is still in its infancy. As scientists continue to explore the benefits and effects of probiotics, it will be important to discover the mechanisms of action to support structure/function claims as well as to educate consumers on the potential benefits of probiotics in weight loss and improving metabolic health.5

Studies show that the gut microbiome plays a role in host metabolism, and modulation of its composition could be a promising strategy for weight management and improving metabolic health.4 This knowledge coupled with the interests of people looking to incorporate probiotics into their well-balanced diet could provide food scientists with a new avenue for product development, as they work to meet the needs of these gut conscious consumers.

In case you missed it, the first blog in this series provided an overview of the gut microbiome and its connection to diet and health.You can check it out here.

Next week we'll discuss the patent landscape as it relates to the gut microbiome. Watch the blog to learn more.